The search for Liquid Wellness may well signal the end of two of the world’s most iconic brands.

The rivalry between Coke and Pepsi is legendary. It’s part of our pop culture. For more than 120 years the two brands have been fighting for a place in the hearts and minds of soda drinkers. Each has won their share of fans and market. However, the ever-discerning consumer is more health aware today than ever before. They are on a mission. A quest to find Liquid Wellness. And it may just signal the beginning of the end for two of the world’s most recognizable and valuable brands.

What I wouldn’t give to be a fly on the wall in the corporate boardrooms of either of these consumer products giants. Right up there next to the writing – which is also on the wall. (Get it?) I wonder what they’re really thinking? I mean, there’s no doubt they see what it is happening. It’s at least part of the reasoning for them expanding into other drink and food categories. Today’s health-conscious consumers just don’t drink sugary, syrupy drinks like they used to. For brands that have been built on sugar, that has to be troubling.

The UK’s so-called Sugar Tax came in to effect this month. Manufacturers of drinks with high sugar content will pay higher taxes. Assuming this extra cost is passed on to consumers, the cost of these sugary beverages would increase from 10% – 20% depending on the product. That’s a pretty significant increase.

Ultimately, the goal of such a tax is to improve the health of the community, thereby reducing health care costs. Whether that comes from the manufacturers making healthier drinks or as a result of a drop in the purchases of the more sugary drinks due to the price increase, doesn’t really matter in that sense. Based on the results of similar taxes and levies in other countries, it seems like it does make a difference. Mexico’s 10% sugar tax resulted in a 12% drop in sugary beverage sales in the first year. Hungary saw a 40% drop in the amount of sugar in drinks after they introduced their sugar tax.

Earlier this year, Pepsi took another step in the Liquid Wellness direction with the launch in the US of its Drinkfinity product. Drinkfinity is a basically a refillable water bottle, with a special cap, into which flavour pods can be placed. Just slip the flavour pod into the cap, push down to close, and out comes the yummy, healthy, flavor-some goodness. The dual chamber design allows both liquid and dry ingredients. That means an almost unlimited combination of flavours. Spirulina, Chai Seeds, Lemongrass Extract and Concentrated Coconut Water are amongst the current list of pod ingredients. And free of artificial flavours and sweeteners of course. 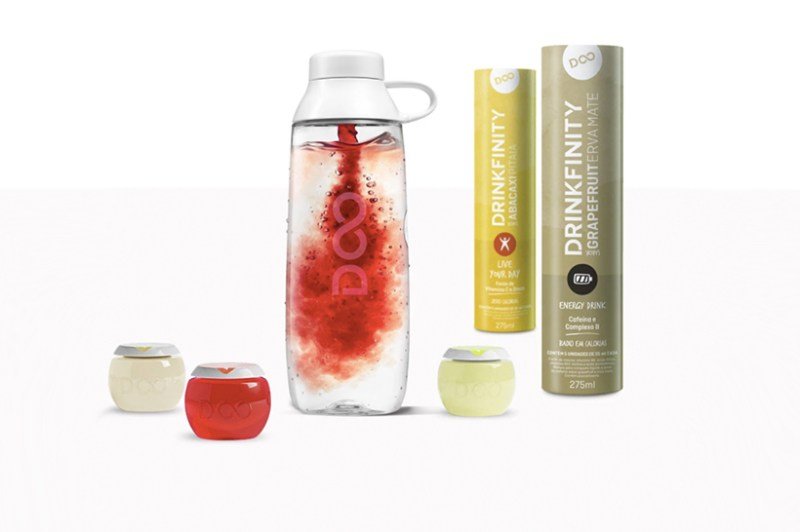 Perhaps pre-empting concerns about the waste created from the used pods, Pepsi has also focused on sustainability. Drinkfinity is not just about Liquid Wellness for people, but for the planet too. 40% less greenhouse gas impact, 65% less plastics used and 7 times less trucks needed for transportation compared to the same size Ready To Drink alternative. They even have the recycling aspects covered via a partnership program with Loop Industries who will up-cycle the empties.

As an interesting aside, brand guru Martin Lindstrom has suggested the consumer search for Liquid Wellness is not the only big challenge for Coke and Pepsi. When his research revealed that the average Coca-Cola drinker is 56 years old, Lindstrom was curious to find out why. What he found was that, traditionally, a child’s first Coke or Pepsi was a Right of Passage of sorts. ‘Now you’re a big boy, you can have a Coke.’ These moments occurred at communal events and gatherings like sporting events, school concerts, etc. ‘As a special treat, here, have a Pepsi.’ But as these communal and family moments have decreased over the years, so too has that early brand loyalty to the big cola brands.

As hard as it may seem to believe today, it may just be that your grandkids will never know brands like Coke and Pepsi. Whether it’s from a decrease in communal moments as Lindstrom suggests or the broader quest for Liquid Wellness, make no mistake, these brands are in trouble. Which to me simply means there is an opening for a new brand to move in.

I think I see an opportunity for a powerful, impactful partnership.